Well, I thought I was the only one in the area with a nice Valco Comet, turns out I was wrong. I inherited mine a few years ago when my father’s older brother passed away. I had restored it for him some years prior, and my aunt passed it back to me a while back. It’s in pretty clean shape.  A client called with a similar story – he had inherited one also from someone significant to him and wanted to put it right so it would be reliable.  In a nutshell, I took the opportunity to upgrade his and mine at the same time with a new Jensen speaker, fresh caps, and in my amp’s case, a new handle was installed (after these pics) to replace the improvised one and a more robust output transformer was installed as well.  I was able then to store away the old speaker and tranny for safe keeping, knowing it can now take all the abuse anyone might give it.  (Mine is on the left). These mid-50″s Comet amps sound really cool and have plenty of gain available. Just One Volume, One Tone, and one cool sounding circuit! 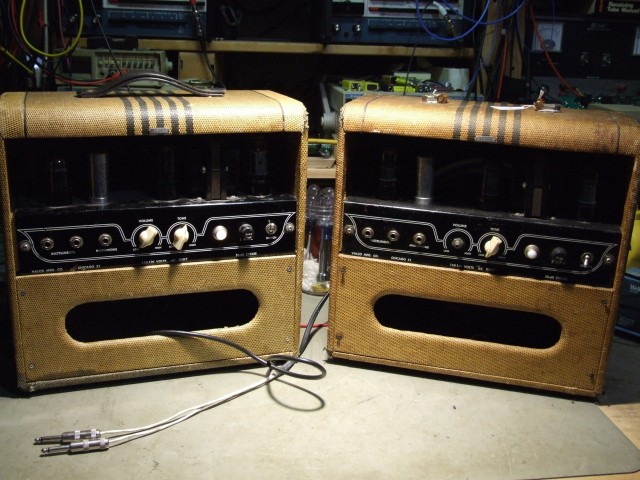