Here’s a recent Asian-built AC30 CC that came in for complaints  of cutting out intermittently.  What I found was a bit disturbing.  This amp was new – as in never serviced before,  and I was the first person looking inside  it.  I’m not saying here that these amps aren’t in general well-made, I think in many ways they are.   For example, most of the wiring was neat and tidy, and to my ears the tone is close to what I expect for one of these. But there are (or were) clearly some quality control issues. I can only share what I found.

The pictures tell the story, but let me direct you to the high points…  tube clamps not in position over their tubes, a mis-installed rubber tube grommet that was to keep the chassis hole from contacting the glass of  a tube and perhaps the oddest part:  the “Cliff” brand octal socket of the rectifier tube has the pins numbered backwards!  I spoke with the Cliff engineers in England about this and they sent me the engineering drawings to verify – but the numbers ARE backwards.  To me that means only one thing – it was supposed to be a Cliff part (spec’d by VOX to be so, according to Cliff) but obviously was not.  Since it SAID “Cliff “on it, and Cliff verified that their production parts were correct, I can only assume this is a knock-off copy that someone got wrong.  Those pesky western numerals CAN be confusing if you are not paying attention… hmmm.  make of it what you will.  But the failure mode in the end was a bad contact in the rectifier socket – it had to be replaced with a better-quality part.    Also of note is the Belton reverb tank (not accutronix) and a few other inexpensively-made parts that one may not have found on the British version.  As ever, buyer beware. 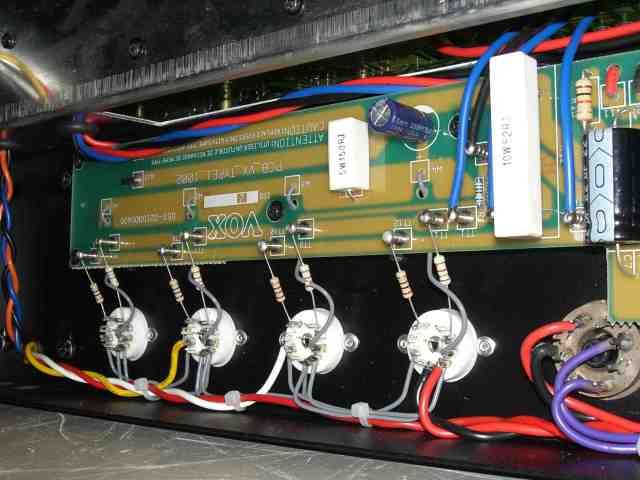 The reverse-numbered octal socket is the one just above to the right…..the grey one. I would not have noticed it but I usually measure B+ voltage at the rectifier output, using the pin numbers as reference. 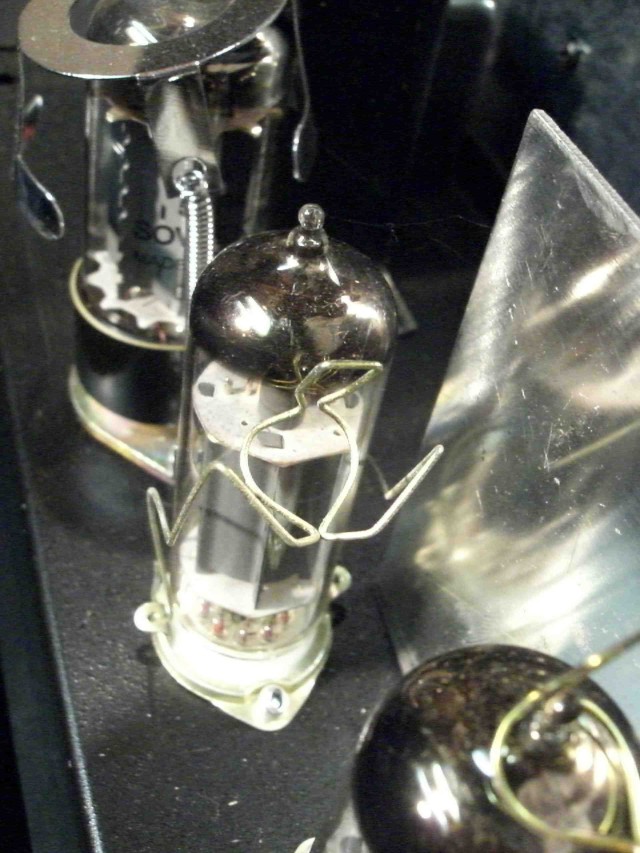 Also note in the above picture that not only is the tube clip from the EL84 not in place, but the one used on the rectifier tube is a sloppy loose fit – the clamp used is for larger bottles like 6L6’s and EL34’s. 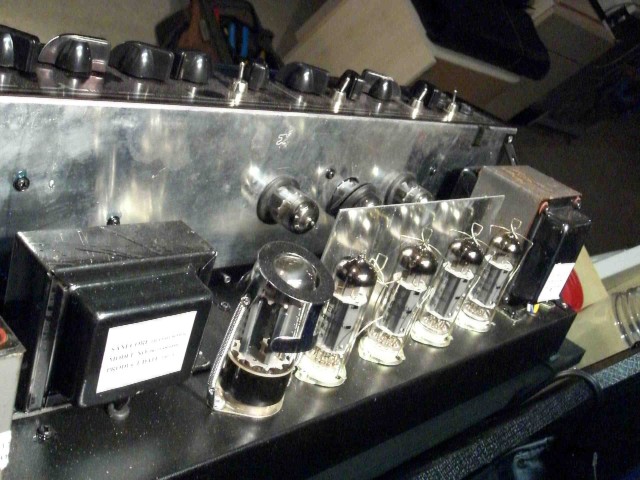 Most of the major components – like transformers – appear to be asian sourced. Considering all of this cost reduction,  it’s surprising that the retail price on the new AC30’s did not drop more than they did. 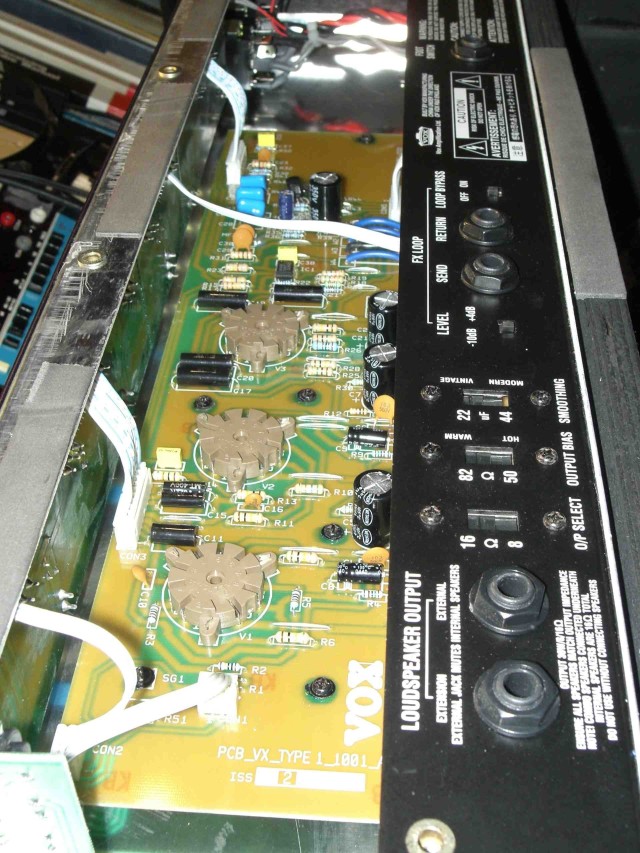